All the prices and specials you see will be from that store.
If this isn’t your nearest Shoprite, you can select another store below.

New GET deals & promo alerts on products you love to buy!
Roll over
image to zoom 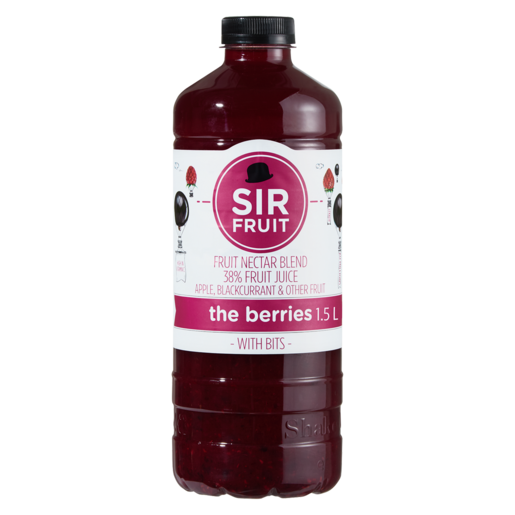 From British Colombia, comes news of increased exports of Dungeness crabs, and berries. The Dungeness crabs don’t really interest us (hello, pincers), but we’ve been waaay ahead of that berry trend. Case in point: this very bottle. It’s a beautiful blend of strawberries, raspberries and blackcurrants – crushed whole, pips an’ all. We’ve also added a little pressed apple for sweetness. The result is less processed, more authentic, and just delicious. By the way, what is it with the name British Columbia? It’s nowhere near Britain. Although, admittedly, there is an Angola in Louisiana. And a New Australia in Paraguay. And we’ve got East London. Which, if you’re a tourist who’s actually just flown in from the original East London, must be confusing. So, if you spot any lost-looking Londoners, why not point them in the direction of a bottle of Sir Fruit? That should clear things up.